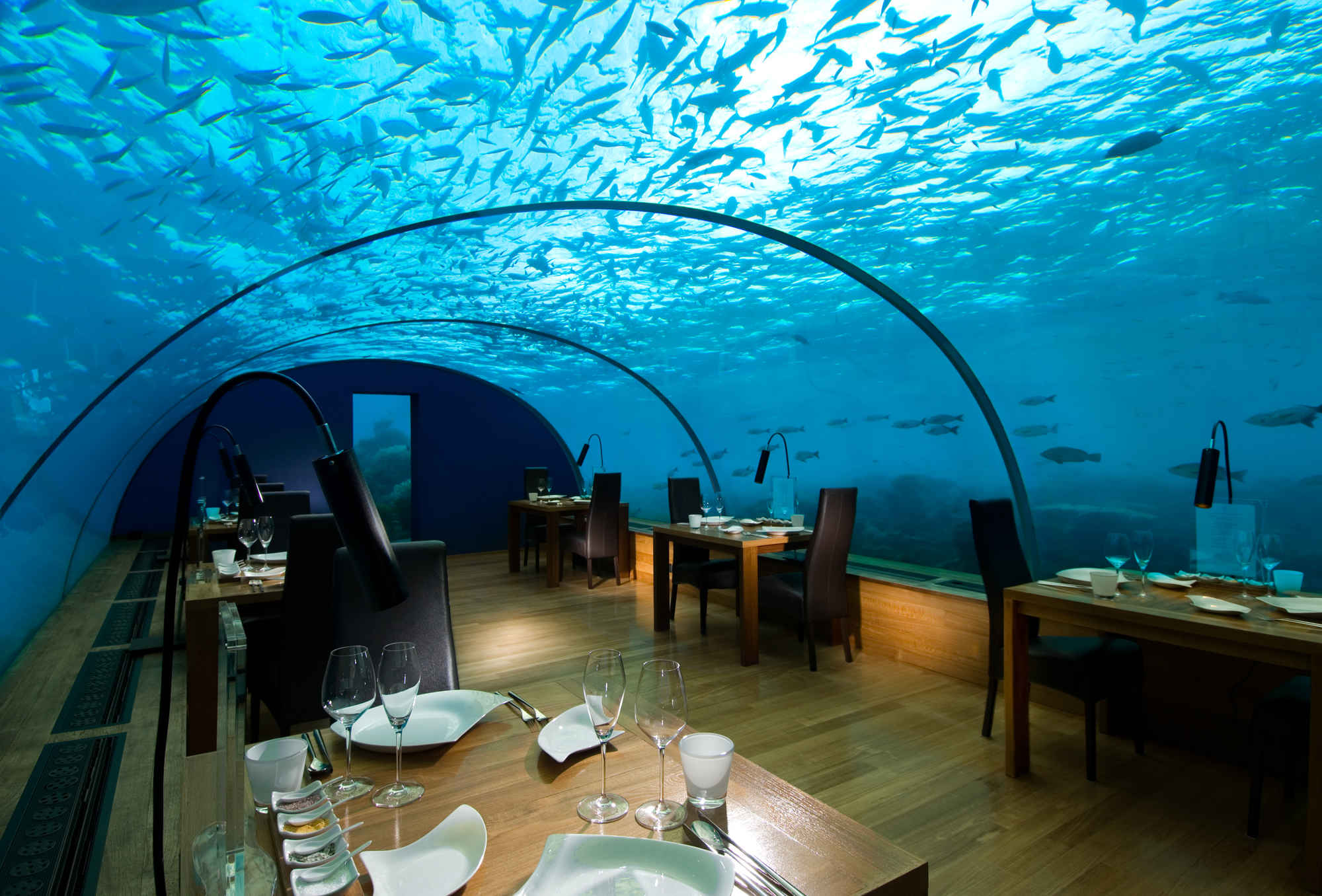 An underwater restaurant might sound like something straight out of a sci-fi novel, but such places already exist. Florida, the Maldives and Dubai are three existing destinations where diners can enjoy a meal amid the sights of an underwater world; now, a small village on the Norwegian coast is set to join them.

Prospective diners can plan their bookings safe in the knowledge that Under, the proposed Norwegian restaurant, will not require anyone to don a diving suit or shoulder an oxygen tank. Award-winning design practice Snohetta, known for its work on Norway’s National Opera & Ballet and Egypt’s Bibliotheca Alexandrina, has designed the restaurant to resemble a cross between a sunken ship and a periscope. To be constructed from concrete, the structure will have three levels. It will incorporate a champagne bar and a restaurant with an enormous viewing window, made from acrylic, which will offer panoramic views of the surrounding sea to 100 guests at a time. Nervous individuals should note that the restaurant will be constructed to cope with the widely varying sea conditions of the south Norwegian coast.

Under aims to be far more than a tourist attraction. With the marine environment representing over 90 per cent of the planet’s habitable space, promoting its health and biodiversity is crucial. With this in mind, the concrete structure has been carefully designed with a coarse surface area, ideal for colonisation by mussels. In time, the entire structure will become a huge artificial reef, entirely covered in mussels, which marine biologists hope will help to purify the surrounding seawater and encourage diversification of marine life in the area.

The emphasis on architectural and scientific considerations does not mean that the culinary side of the restaurant is being neglected. Top-quality kitchen fittings, to include ovens, refrigerators and slimline serve over counters, which are available from stockists such as https://www.fridgefreezerdirect.co.uk/serve-over-counters, will ensure that chefs and kitchen staff have the ideal environment in which to create truly memorable dishes. With an emphasis on local cuisine and local produce, diners can expect expertly-prepared seafood to feature prominently on the menu.

With Under scheduled to open in February 2019, diners in Europe do not have that long to wait before they can settle down to dine amidst the fish.